We often come across statements such as “Women should get married as soon as they can and have children to solve the declining birthrate” (1)_____ in public and private spaces. This type of statement has the implication that they are against women’s empowerment in society (cf. “birth-giving machines”), but it must be eliminated. The reason is, first of all, that women’s empowerment can have a great benefit to our society. As more women advance into society, some problems will be solved to certain extent, (2)_____ issues related to the declining birthrate such as securing of the labor force and financial resources for social security. In addition, women’s empowerment has been (3)_____ by the government policy since the 1980s (cf. Act on Securing, Etc. of Equal Opportunity and Treatment between Men and Women in Employment). It can be said that it is a promise to women, and therefore the dissemination of the statement above in society is a betrayal against them.
(1)
A. both
B. either
C. neither
D. not only

(2)
A. include
B. is included
C. including
D. has included

正解：Ｃ
including：前置詞「～を含めて」という単語が問われています。
文全体の構造を把握して解答しましょう。
As more women advance into society,
some problems will be solved to certain extent,
(2)_____ issues related to the declining birthrate such as ～
このように見てみると、この文にはすでに動詞が存在することがわかります。つまり、(2)の下線部にはincludeやis includedのような動詞の形は入りません。前置詞のincludingを入れれば下線部以降のissues～という名詞のかたまりとつながり、前置詞+名詞のセットとなるので文法的に成立する文になります。includingは前置詞として機能するという点は必ずおさえておきましょう。

The reason why women’s empowerment and the solution to the declining birthrate are in conflict (cf. late marriage) is that women, (4)_____ they want to live as homemakers or want to play an active role in society, are tied to the stereotype that they should be responsible as homemakers. Some point out that our society has not abandoned the idea which started back in the 1960s (high economic growth period), that “Women are responsible as homemakers, (5)_____ men can focus on their jobs and the economy develops.” In reality, many women leave their jobs when they get married (cf. M-shaped labor force curve for women), and as of now, there are not many workplaces where women can continue working and pursue their career (6)_____ the series of big life events of marriage-childbirth-childcare.
(4)
A. whom
B. whether
C. however
D. which

(7)_____ women without contradicting with solutions to the declining birthrate means eliminating the problem as described above. Specifically, the husband and wife should not only cooperate in such a way that one works at a company to earn income and (8)_____ does household chores including taking care of preschoolers, but also be able to choose to do both together (as in men and women do both together). By doing so, the career development of women can be (9)_____ with marriage-childbirth-childcare cycle, and in order to make it possible, I would like to suggest reducing men’s overtime hours. At present, men are much more likely than women to work overtime. If the situation remains the same, expanding the discretionary labor system (cf. Work Style Reform) would not possibly release men from the workplace, (10)_____ would perhaps make them even more tied up with work. Therefore, it is important to strictly enforce the maximum limit of working hours and create a standard in which working overtime is not directly related to the evaluation of performance. In addition, the government should announce that the purpose of the policy is the realization of a new image of men as a homemaker. A society must be created (11)_____ both father and mother can work and do household chores as they wish.
(7)
A. Empower
B. Empowered
C. Empowering
D. Having empowered 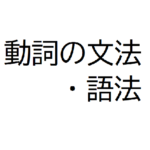 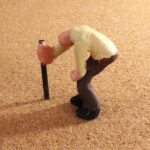 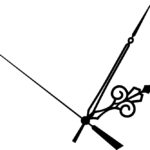 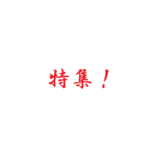